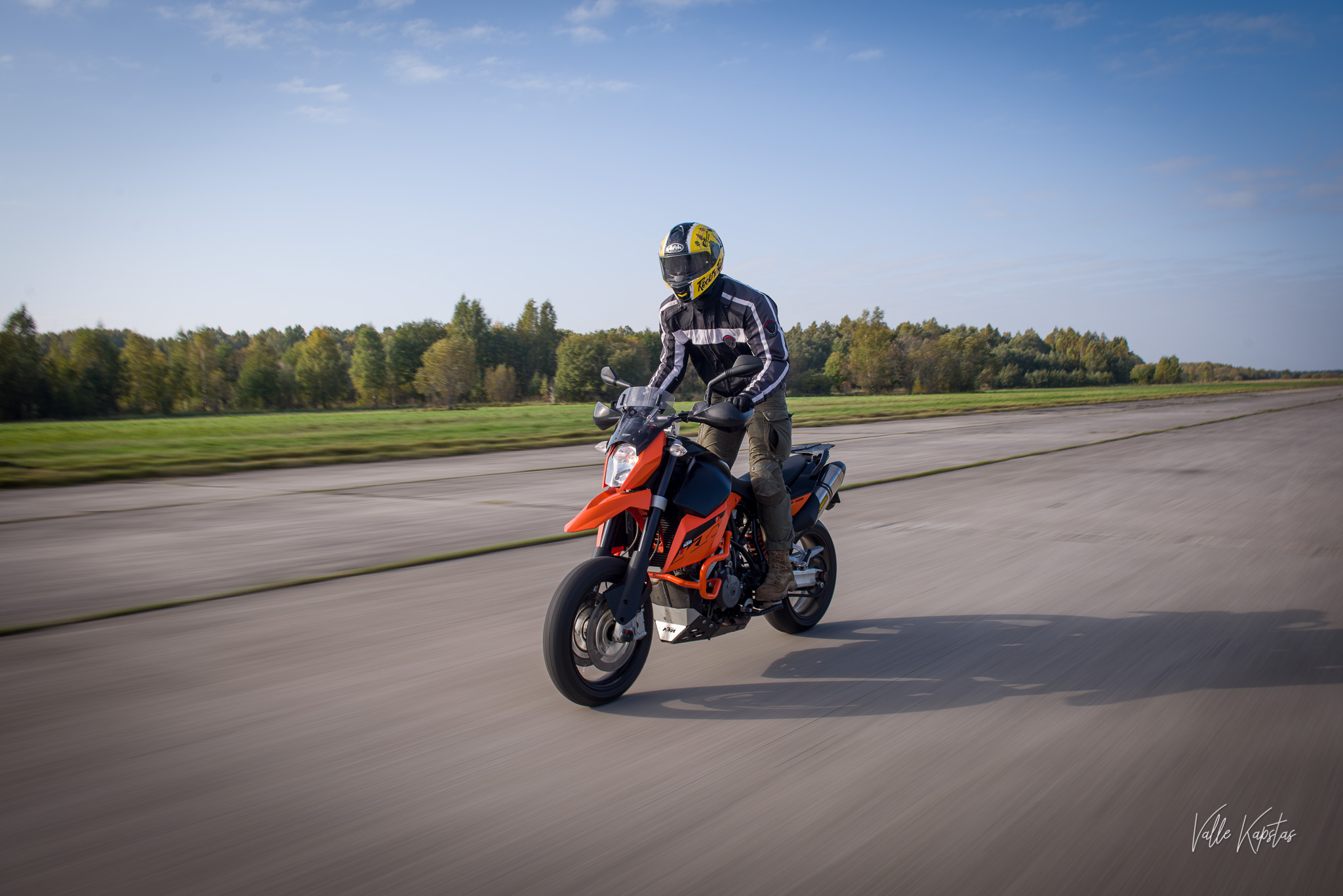 Heiki got his A-cat (motorcycle) license and as I had just updated my photography hear and were looking for interesting challenges, then we had an idea to shoot Heiki with his bike.

We had had this idea for a while when we thought of taking the shots while driving. Of course that would require a vehicle to shoot from and a safe place to do all of it.

Taking the photos from the side window or the boot of my daily driver did not sound very tempting. And for locations Kiltsi or Rutja airstrips would require a permit from the Defence League. At first all of this did not feel like we’d actually do it because it as wall just for fun. So for that time, we did nothing specific to make that shoot happen.

When a suitable weekend approached and Heiki said that he would be down to do it, then we put things into a different gear and got to figuring things out. I contacted Defence League’s Lääne Malev and got a word that I could get a permit. Then we got talking to Ameerika Auto (“American Car” in Estonian) who loaned us a very cool RAM 1500 and soon enough also the Defence League confirmed that we have the permission to use the Kiltsi airstrip.

Theoretically everything was simple enough but as this was a first for all of us, we had plenty of excitement over the whole ordeal.

Of course safety comes first — we had brought necessary belts and buckles to attach me to the car properly and we even tied down the bag I was using as a cushion. As we did not drive very fast, I never felt any threat while driving. It was a bit windy, though.

To the backside of the cabin we attached a GoPro and the video we caught with that thing probably gives a better idea how everything went down:

I would like to thank the Defence League’s Lääne Malev and the people who helped with the permit and also big thanks to Ameerika Auto for the loaner. Such a car is really awesome and it was a joy to drive and take pictures from it. Take a look at these awesome vehicles here: www.uscars.ee. Of course I’d also like to thank Heiki and Kalli.

This was the result.

Tell us about your thoughtsWrite message Cancel reply